Having spent the weekend virtually snowed in, and with far too much nonproductive time on my hands, I thought I'd do a bit of an update on my event planning.  Friday was particularly frustrating as I wasn't able to get to C & C and change the window display. Even more frustrating was realising that the local paper had done a bit of a feature on us, and poor Russ, (my business colleague) was suddenly swamped by a stampede of 'women of a certain age' clamouring for drinks and cake.  Just hope the interest continues, (and the weather improves)for our event next Saturday...Details below. Looking forward to a fun day, with music, edibles and some great discounts. 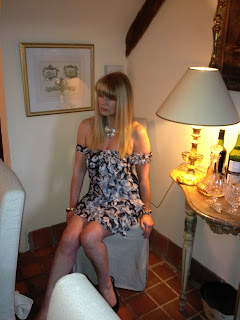 Of Mice and Men (or should that be women?)

For those of you who have been following my missives you will know that I have been preoccupied of late with a very small mouse which managed to find it's way into my bathroom and set up home amongst the cotton wool balls.  Well, just as I feared, numerous attempts to tempt it out have failed miserably.  I've tried cheese in a box, (not the right cheese, obviously), a chocolate trail, mice adore chocolate apparently, (but not this one), and, my last and most spectacular failure was an attempt to physically catch it, (doomed!)....More on this saga no doubt, over the coming weeks.
Well the garden is once again covered in a blanket of snow, (a bit miffed really as I actually did some work in the garden recently) what a great start to Spring, (no wonder the mouse prefers to live in my bathroom)...no chance of a glass of wine on my terrace with the sun on my face just yet!  This winter just goes on and on..
On a happier and more positive note I am pleased to report that the coffee and collectables shop that I'm involved with is doing well.  We have a launch event planned for the 30th of March, music and atmosphere aplenty, so fine weather, pleasssssse!, would be so nice to do some 'dancing on the pavement'!.
In the meantime though I've some 'ghost busting' to deal with at home. I guess a resident spirit is a prerequisite in a very old house, 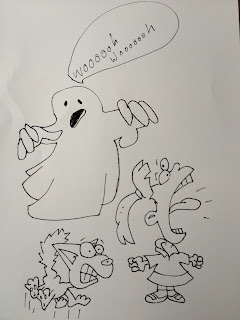 and so far I think I've been very tolerant of mine.  Missing keys, phones etc, cold spots and strange goings on, I can cope with all those, but now he/she is affecting my animals. Poor Olive is terrified and refusing to come out of the downstairs loo, and Bonbon is acting strangely  as well, so something has to be done...Oh dear, why does the film The exorcist keep springing to mind?....Noooooo!
Talking of old things, I've come across a few nice pieces recently which I couldn't resist buying.  I especially like the 1920's scent bottle I found in a junk shop complete with a tiny drop of perfume at the bottom. I'd love to know more about the person who used it, I like to think of her as  young and beautiful, wearing it for a date with a handsome beau....or maybe for an illicit tryst, (oooooh very naughty!) my imagination is definitely running away with me now. Might she even have been the wife of a successful landowner with a high social standing? the possibilities are endless!.. There could actually be a novel here, or even a movie. Yes  I know I'm getting carried away a bit, but indulge me a little. A Florence setting, lots of opera in the background, and Johnny Depp as the hero, I can see it all now....Book, Movie, Soundtrack!.Cannes here I come!!
Anyway, back down to earth and before I start choosing a ball gown and rehersing an awards ceremony acceptance speech, I'd better get into my other role as domestic goddess.  Some serious baking is called for in order to produce sufficient cakes for the aforementioned launch party, now where's my pinny?....Soooo rock n roll!!

Talking of ball gowns which I was  well gowns at least .....Here is a Blast From The Past taken in beautiful Sierra Leone 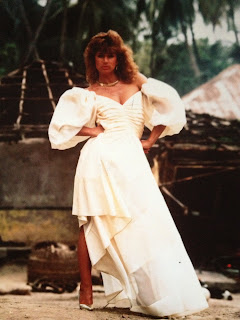 That's about all for now.....Happy Easter everyone, I wish you all lots of lovely choccy eggs...and Sunny days sat outside just like this ..... 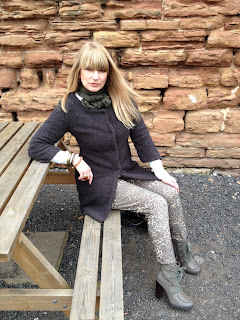